Everything You Must Know About FIFA WORLD CUP 2022 QATAR 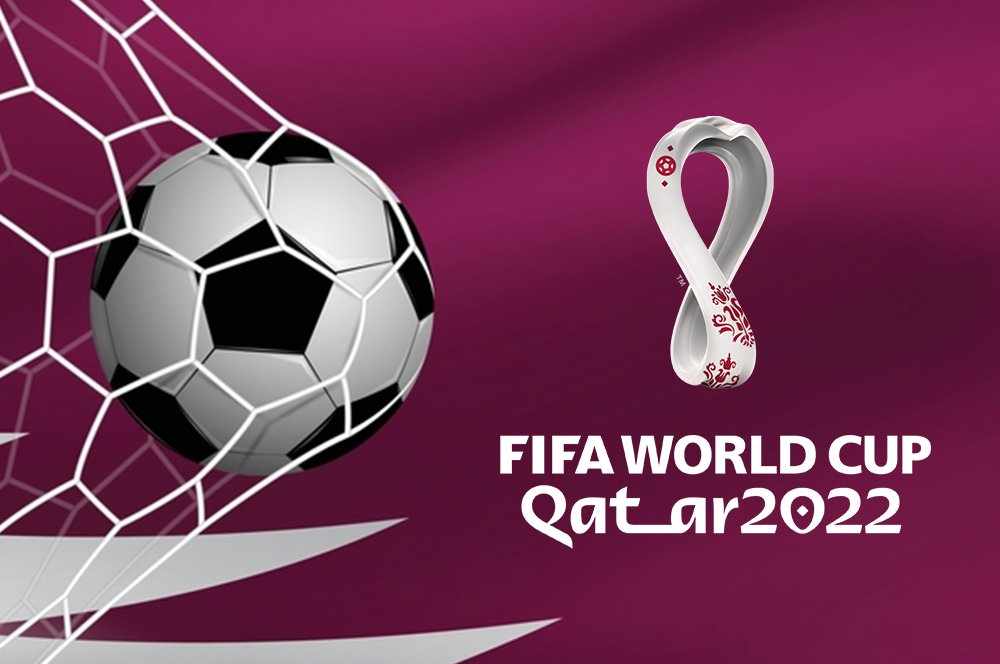 FIFA IS A GLOBAL PHENOMENON

FIFA is a feeling, this is the answer you would get from any football fan around the globe. FIFA is said to bring the whole world together and celebrate the spirit of humanity in the form of this sporting event called FIFA. Brazil, a South American nation, has won the FIFA world cup five times and it still remains the national team with the most goals ever in the history of FIFA.

This FIFA World Cup 2022 Qatar could be the last match of the world's current football stars. Who have ruled the world of football for a very long period of time. The best player in the history of football holding the record of 7 Ballon d’Or awards is Lionel Andrés Messi. The Ballon d'Or is an annual soccer award offered by the French news magazine France Football since the year 1956.

Other footballers who have won that award include Cristiano Ronaldo dos Santos Aveiro, Robert Lewandowski, Luis Suárez, Luka Modric, Dani Alves, Manuel Neuer, and Thomas Müller. For many football fans, this could be the end of an era as they have watched them playing for many years.

FIFA is held every four years and this year 2022, the honor goes to the State of Qatar in the Middle East region. It is not that far from India. So you better hop on to a flight from Mumbai to watch your favourite football player at the forthcoming FIFA World Cup 2022 Qatar.

Twelve years have been spent and tons of money has been poured to make stadiums all over the State of Qatar. As history tells us, Qatar has not always been a country of football . And thus.here was an immense need for Football infrastructure to be built to host the world’s biggest sporting event of football.

This world cup football 2022 will be the second time an Asian country will be hosting it at such a grand scale. In the year 2002, South Korea and Japan jointly hosted the FFA world cup. This time, it is actually so much closer to India so Indian footballers. And fans would be getting so crazy to get a chance to catch a live football match in Doha, Qatar.

FIFA world cup 2022 Qatar starts on November 20, 2022 with the first match being between Qatar and Ecuador. This is the first football world cup which Qatar’s national football team will be participating since it is the host country. FIFA world cult 2022 schedule goes all the way till December 18 when the final match will be held in Doha, Qatar. The following chart will show you the arrangement of national teams in groups to compete against each other. You can find a detailed FIFA World Cup 2022 Schedule here.

In the year 1904, the FIFA World cup was founded by the seven national associations Belgium, Denmark, France, Netherlands, Spain, Sweden, and Switzerland. The reason for FIFA was to foster friendly relations among the nations. In the year 1930, the very first FIFA world cup was played in Uruguay from the 13th to 30th July. At that time there were only thirteen teams divided into four groups.

The Final was between Argentina and Uruguay at Estadio Centenario stadium. The fun fact about the final was, due to the dispute both the nations brought their own footballs, and were used or in the first and second half of the match. The FIFA world cup history had a very uneven start but, today it is called to be the no.1 sport in the world and has gained the farthest attention. It could get through its gameplay. The only reason stands for that is the increasing number of fans. And their support which recalls all the youngsters to be a part of this most amazing sport.

The earlier legends who contributed they are most towards the game are still the idol of many. Who doesn't remember the most iconic football star Sir. Diego Maradona fulfilled his role as the captain of the Argentina football national team in the year 1986 and led the team to victory in Mexico. At that time he was crowned as the most dynamic player of the tournament. Besides Maradona, there were several other football legends who made the game worth watching. To mention a few we got, from British football David Beckham and Steven Gerrard.

From French football Thierry Henry and Zinedine Zidane. From Germany Franz Beckenbauer and Gerd Muller. From the Netherlands Johan Cruyff also played for the football club Barcelona. As a forward in the year 1973 and led the team to lift the title of La Liga in his first season and crowned the Ballon d’Or award. Marco Van Basten and Ruud Gullit were also part of the Netherlands National football team. And contributed their unique play style in the game of Football. From Portugal Luis Figo.

At that time the Brazilians had the best team including Pele, Rivellino, Zico, and Romario. Then we got the legend himself Diego Maradona who played for Argentina along with Juan Roman Riquelme and Alfredo di Stefano. And some other players included Xavi Hernandez from Spain and Hugo Sanchez from Mexico.

iBhejo has always been on the forefront of arranging every sporting need you have. This FIFA 2022, iBhejo brings you an extended football sale all the way throughout FIFA World Cup 2022 Qatar. Celebrate football like never before by shopping imported footballs and accessories. From the United States, France, Brazil and Germany.

Shop your favourite football leagues’ merchandise. Like football shoes, football jerseys, football clothing, and football ground accessories. Shop the best of Black Friday Deals only here on every Football product. Every official merchandise of FIFA World Cup 2022 Qatar is only sold here only on iBhejo. Don’t worry and don’t be sad for India not participating in the FIFA world cup 2022 Qatar although being so close to India.

HOW TO WATCH FIFA WORLD CUP 2022 QATAR IN INDIA

For those who want to know on which channel FIFA club world cup 2022 telecast in India. For them we got good news according to the broadcasting rights for the 2022 FIFA World Cup. Viacom Network 18 in India has the authorization to live telecast all the FIFA World Cup 2022 Qatar. matches on Sports 18 and Sports 18 HD .

People who will not have time to sit in front of the television, for such you can purchase packs on Voot Select and JioTV according to your convenience. This year FIFA World Cup 2022 Qatar has the best networking team that is Fox Network for English language. And Telemundo for the Spanish language. As for all it is not possible to attend the matches in a live stadium. These arrangements made FIFA provide you with the best viewing experience all from the comfort of your own home.

What is the reason behind the FIFA World cup?

In the early times, the key to setting up a FIFA world cup was to foster friendly relations among the nations and to win as a champion of world football.

Can India qualify for the FIFA world cup 2022?

For now, it is next to impossible for team India to part take in the FIFA World cup 2022. but, there’s speculation about the next FIFA world cup that team India may perform.

Qatar is selected as the host country for FIFA World Cup 2022 by FIFA officials. This would be the ver

Everything You Must Know About FIFA WORLD CUP 2022 QATAR...

All You Need To Know About NAVRATRI 2022

YOUR ULTIMATE GUIDE TO NAVRATRI COLORS 2022